The Art of Review

Fans of The Witcher 3 have already designed three of the main characters from the Witcher’s universe in Cyberpunk 2077.

The first image is uploaded by mlmach6 on Reddit, and features the Lion Cub of Cintra, Ciri.

Cirilla Fiona Elen Riannon (better known as Ciri), was born in 1252 and most likely during the Belleteyn holiday. She was the sole princess of Cintra, the daughter of Pavetta and Emhyr var Emreis as well as Queen Calanthe’s granddaughter. After Geralt of Rivia helped lift Emhyr’s curse, Emhyr asked what reward the witcher would like and Geralt proclaimed the Law of Surprise, as it turned out Pavetta was pregnant with Ciri, unbeknownst to Emhyr. 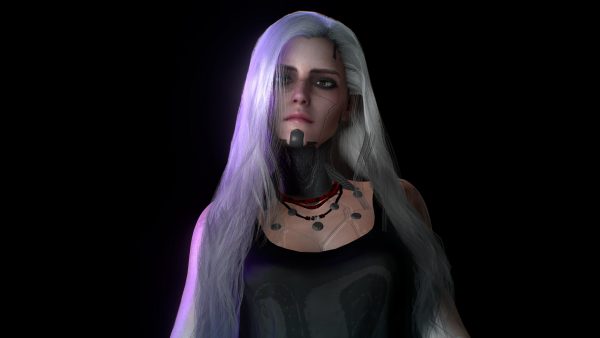 It’s really interesting that Ciri probably mentions Cyberpunk 2077 in The Witcher 3. While she tells Geralt about about her travels through time and space after the two are reunited on the Isle of Mists, she describes a faraway world where she spent about six months hiding from the Wild Hunt. “People there had metal in their heads, waged war from a distance, using things similar to megascopes,” she tells Geralt. “And there were no horses, everyone had their own flying ship instead.” “Ciri, stop fooling around” Geralt responded. We have embeded the video below for you to watch.

The second character with a Cyberpunk 2077 style adaptation, is no other that our favorite Witcher, Geralt. The picture was originally posed by Swish_Fate – who the image is credited to – and depicts an astonishingly accurate version of Geralt of Rivia in Cyberpunk. 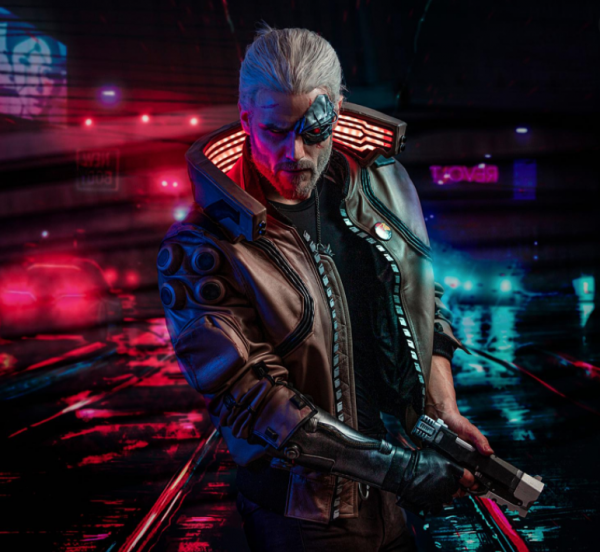 The third Cyberpunk 2077 image is this of the Witcher’s 3 sorceress Triss Merigold. Credits go to mlmach6,once again, for uploading that masterpiece.

Triss Merigold of Maribor was a legendary Temerian sorceress of the 13th century. Called Fourteenth of the Hill by her contemporaries because she was erroneously thought to have been killed during the Battle of Sodden Hill, she passed into history as Merigold the Fearless. A member of King Foltest’s royal council along with Fercart and Keira Metz, as well as a founding member of the Lodge of Sorceresses, she was involved in politics for most of her life. She was friends with Yennefer and the witcher Geralt of Rivia, but also unhappily in love with the latter. Triss took care of Ciri at Kaer Morhen for some time and is like an older sister to her. It was through her intervention that Ciri was not subjected to harmful hormone changes at Kaer Morhen, stripping her of her secondary gender traits.